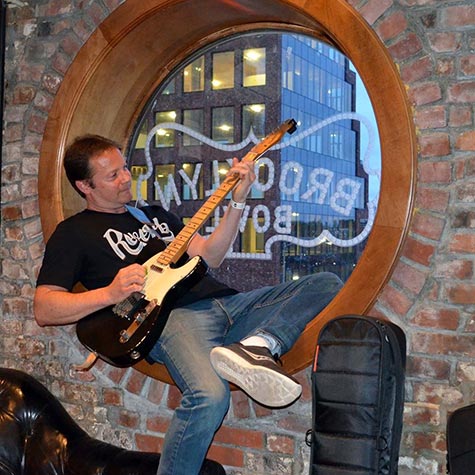 Matt began taking lessons with Arlen Roth in 1997 and a year later was asked to join Arlen's band, where he played until 2013.

Matt was named a Guitar Hero by Guitar Player magazine in 2005, and Gold Coast named him one of Connecticut's best guitarists.

Matt has performed with Sonny Landreth, Matt Schofield, Redd Volkaert, Commander Cody, Johnny Winter, and was fortunate enough to perform with Levon Helm at a Midnight Ramble before his passing.

Matt has performed recently at Daryl's House, BB King's, The Iridium, The Turning Point, and The Acoustic.

In the past year Matt has shared the bill with Scott Metzger (from Wolf and Joe Russo's Almost Dead). And Bill Kirchen.

Matt keeps busy as a guitar teacher in the Connecticut area and on Skype, and has published an instructional DVD titled Chicken Pickin' Jazz.